A little shack in a one-stoplight town, Southern Smoke BBQ in Garland, NC, has become a barbecue destination. The meat of the business is Eastern North Carolina-style BBQ, but it’s the unexpected creativity on the menu that truly brings the flavor to this growing barbecue empire.

“It is true Eastern North Carolina barbecue: just wood, pork and our vinegar sauce,” says Matthew Register, chef and co-owner, (adding that he does “get a little funky with the chicken” with seven sauces).

“But when it comes to the sides, that’s where it’s not so traditional,” he says. “Our menu changes every day. I want to make room for both hardcore barbecue and nuanced sides.”

The ever-changing menu of side dishes draws inspiration from all over the South, extracting the best culinary ideas from the Low Country, New Orleans and Memphis, to name a few. Recently spotted side dishes have included such items as sausage and cheddar bread pudding, pimento cheese-roasted potatoes, mushroom tarts, modern takes on Hoppin’ John and Brunswick stew.

Register and his wife, Jessica Register, are also the masterminds behind a food truck, a catering business and a series of highly anticipated private supper club events called the South Supper Series. All moving parts of a growing barbecue empire, which got its start seven years ago.

Back then, Register had started experimenting with smoking meat and creating sauces (one named for the couple’s daughter, Sweet Grace, and the other for their two sons, Two Brothers). He became obsessed with the idea of running his own restaurant and kept working his real estate job while researching and crunching numbers (he recommends the book Restaurant Math by Joe Bastianich). In 2010, Southern Smoke BBQ was open for business.

But the family barbecue history dates back further than that.

Register closely guards Jezebel, and is tight-lipped when asked about the specifics of the smoker, but is more than happy share side dish recipes, like this hash recipe he recently cooked on the TODAY Show.

Not shying away from the possibilities that come from being a bit of celebrity chef, Register was recently named one of the “Great Chefs of Cape Fear,” and admits he likes to collaborate with “pretty plate chefs,” a culinary curiosity that shines through on his menus. 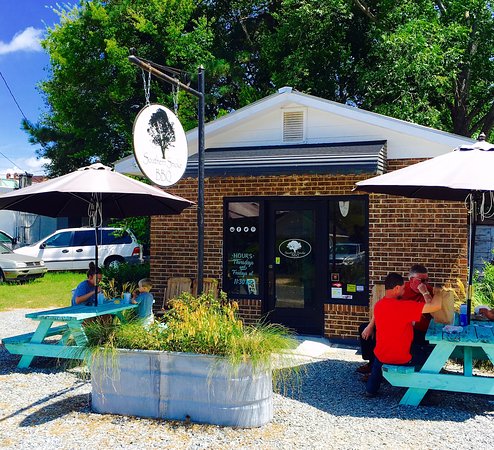 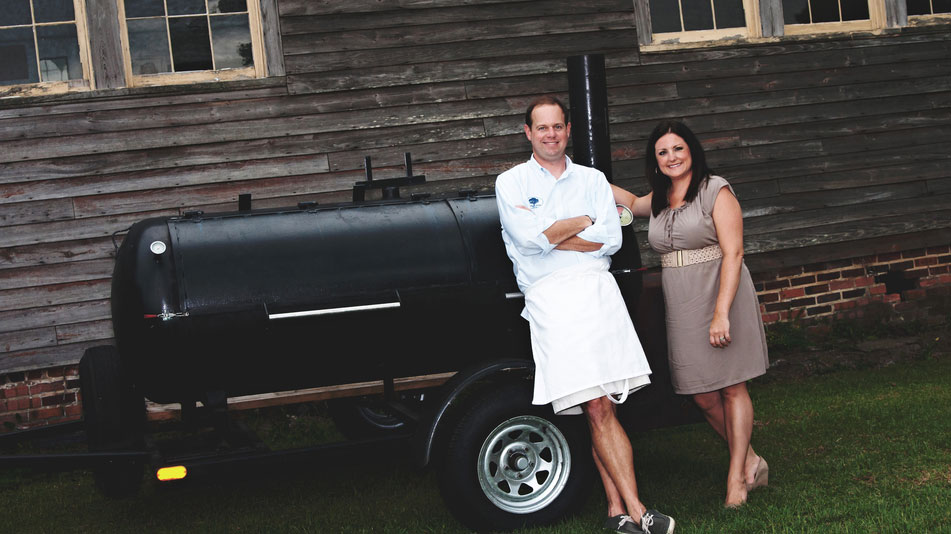 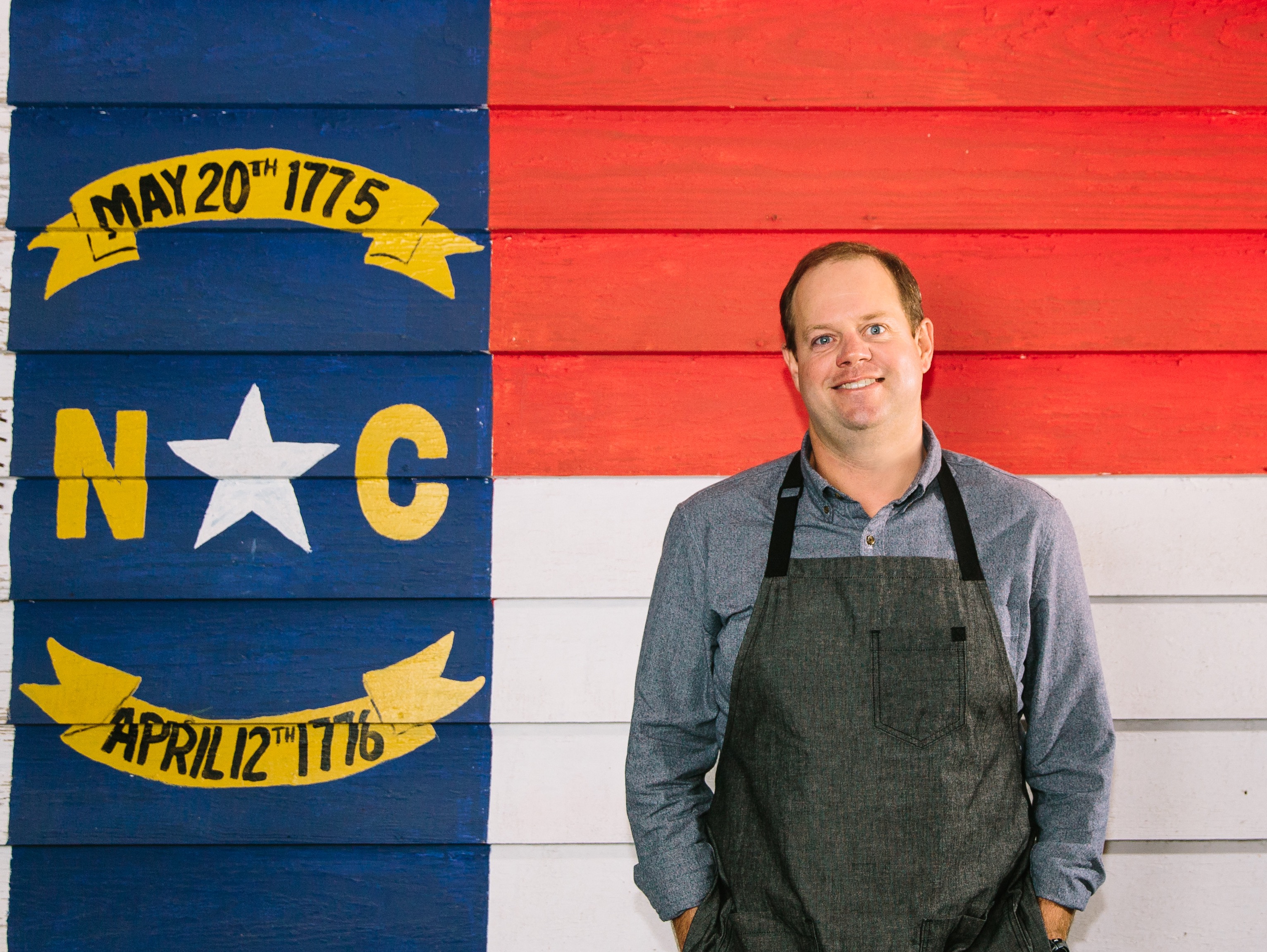 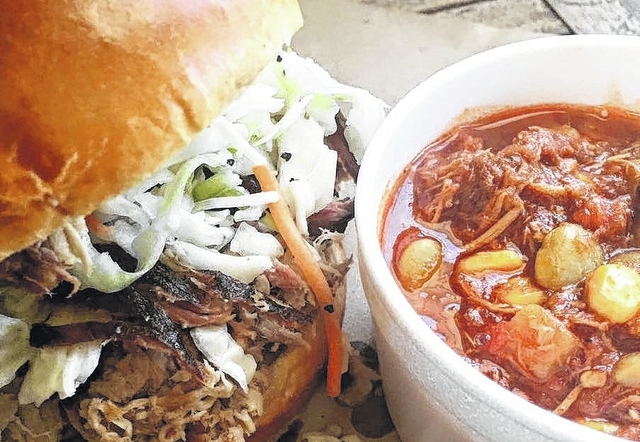 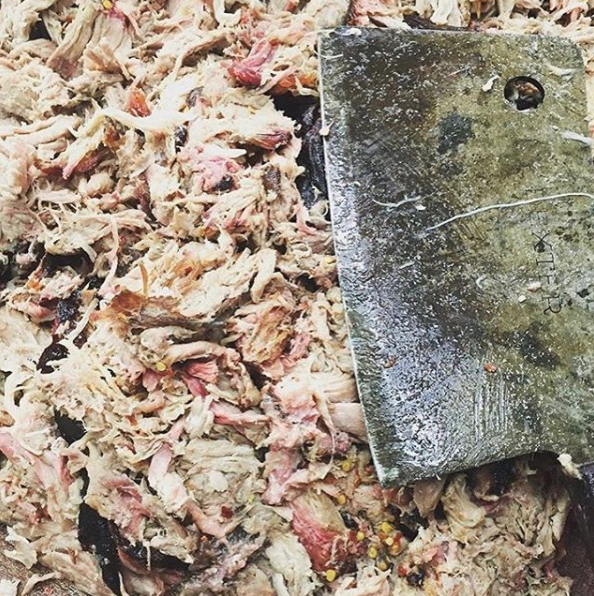 Chop it Up
Pulled pork at Southern Smoke BBQ in Garland, NC.

The way Register refers to the blessings in his life so frequently makes one wonder if he could’ve been a Southern preacher had he not started his devotion to barbecue.

“I don’t want to get religious, but it’s been a blessing and it’s been amazing,” he says, adding that his father, who lives down the street, has been one of those blessings. Register’s dad heads down to check on the pits just after midnight. Then, Register comes back at around 6 a.m. to get the chicken and ribs started.

“You just have to keep grinding,” he says, referring to the many un-glamorous parts of the barbecue business. During the “long, lonely nights” that every pitmaster knows, Register has found solace in music, Motown in particular (“The Stylistics…very old school,” he says).

“Barbecue is fun, but it’s hard and it’s a mental and physical grind,” Register continues. “After you’ve cooked it, you’ve still gotta chop it up…200 lbs. of pork.”

The pork is all hand-chopped at Southern Smoke, not ground or pulled. Sauce is calibrated to perfection, always essentially traditional vinegar and pepper, but playing with that ratio in endless variations.

The menu breaks from tradition, but not so much that you can’t get the basics, especially the slaw that’s essential for a true North Carolina pulled pork sandwich.

“We always have the staples: baked beans, potato salad and slaw,” Register says. “But then I have free reign. I like being creative. I like when customers walk in and see something they don’t know what it is. Like eggplant caponata at a barbecue place in a town of 400 people…”

And then, of course, they order it anyway, because of the trust factor and the reputation that Southern Smoke has established over the years.

“When I first did that pork belly and sweet potato hash [that was featured on the TODAY Show], I practically had to give it away to get people to try it,” Register says. “But now, people ask when it’s going to be on the menu again.”

He describes offering French ratatouille and “people walk in and say, ‘What exactly is that?’ And now our customers request it.”

A project that occupies a good chunk of Register’s brain space is the South Supper Series, a private supper club event that features a different super cool, elaborately researched theme each time. Recent menus (which take a few months to put together) have included the cuisines of the Low Country and Mississippi Delta, family traditions and more. After the menus are planned (often a several-month process), the excitement starts for those vying to get on the guest list.

Dates, times and menus are kept top secret until an email alerts those on the subscriber list, who must act quickly if they want to snag one of about 100 tickets to a memorable one-of-a-kind meal.

“It’s been a monster hit,” Register says. “It got started as one of my harebrained ideas. I really wanted to do a big dinner with all my favorite foods of the South. It’s really blossoming.”

The next supper is called Sea and Swine, and will feature seafood and barbecue and will benefit the Surf Rider Foundation of Cape Fear, which protects aquaculture.

“People meet new friends at communal tables, we hang out, cut loose, eat great food and have a great time,” Register says, summing up the South Supper Series. “I never thought it would take pick up the way it did. And we didn’t advertise.”

Catering—from casual backyard parties to fancy corporate events and weddings—is also all booked by word of mouth; no advertising necessary.

“Any restaurant should do catering if they can handle it,” Register says. “It’s smart because it helps those slow days.”

Since the restaurant is only open two days a week there is more time for the catering business, which Register says centers around customer service.

“You really have to be a people person,” he says, adding that hospitality is a guiding principal in every aspect of Southern Smoke.

“I want every customer to know that we’re thankful for every dollar that you spend,” Register says. “I cook from the soul. I want people to know that. When I lose that feeling, I’ll go cook something else.” 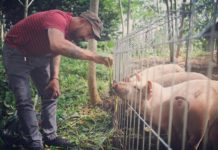 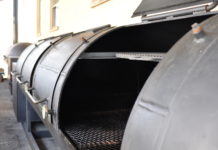 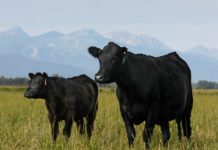 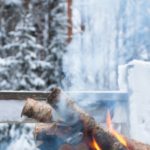 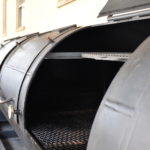 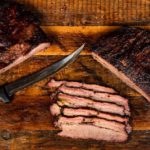 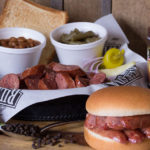 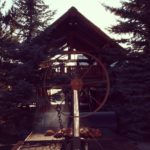